on January 24, 2019
Enigma, an ethereal character that represents Lady Gaga’s inner persona, was originally created by The Mill for the release of her Art Pop App in 2014. The character now returns, refreshed and transformed in a series of original films that play an integral part in the Las Vegas Residency performance. The persona, a resident of Planet Enigma, was brought to life via real-time visual effects and game engine technology, driven by motion capture which was performed and voiced by Lady Gaga herself.
Not just a recording artist, Lady Gaga often delivers an element of avant-garde performance art to each of her projects, and the Las Vegas residency show is no different. Enigma captures the essence of Gaga, an interactive companion that combines music, art and technology. 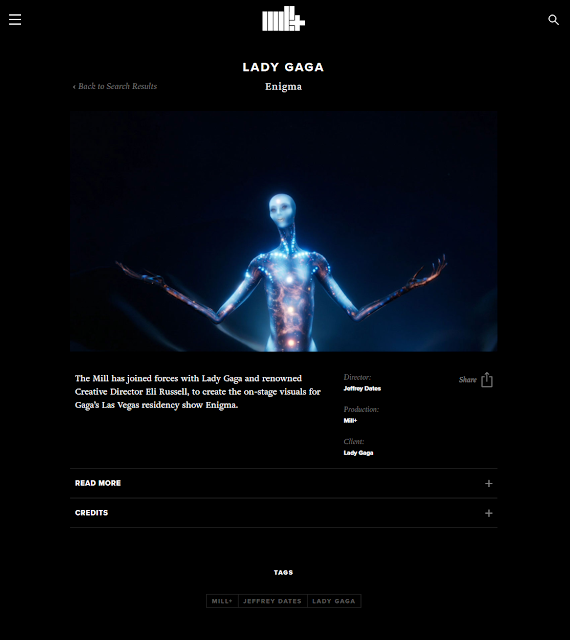 I was lucky enough to Direct this project for Eli and Lady GaGa for her residency in Vegas.
The turnaround was incredibly short to generate 8 minutes of full CG performance motion.
It was only made possible by doing the entire production in Unreal Engine.
This was a great project for us to work out the methodology and workflows necessary when interfacing with our CG team.  Love the results... love the hype.