on January 24, 2019
Spearheaded by Al Gore, The Climate Reality Project is a community of people committed to turning awareness into action that can save our planet’s species and natural resources.
The campaign stars a photo-real penguin named ‘Earth’ (voiced by Social Media Influencer Liza Koshy) and follows the character through her run for Congress.
‘Earth’ was brought to life by The Mill, using an innovative new, interactive animation system named Mill Mascot. The award-winning system enabled ‘Earth’ to be digitally puppeteered live on-set using a combination of motion sensors and game engine technology, reducing weeks of animation to a single shoot day. 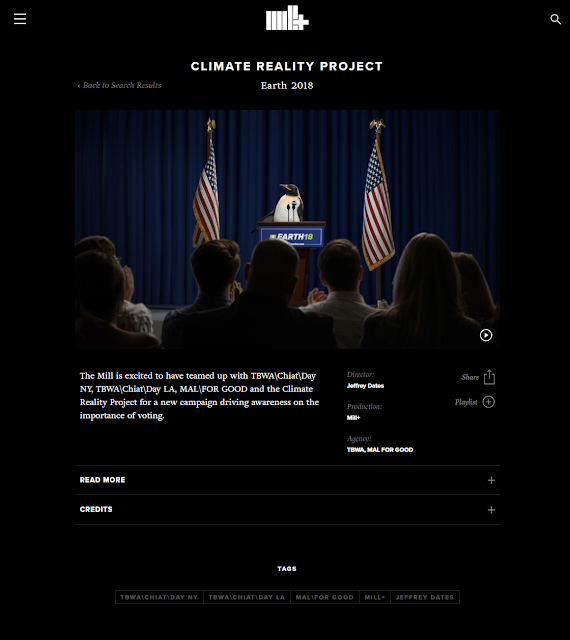 This little tasty I Directed for our first 'photoreal' animal done with Mascot!  Entirely real-time, feathers via the Nvidia Hairworks system.  Performed by Haley Jenkins, Earth our Mascot penguin was able to deliver a few minutes of dialogue performance.

Live action elements were shot separately and composited into Unreal Engine in real-time.

Really enjoyed this experience.  I love how it turned out, and is for a positive cause.  Win Win.