During the years, I have the opportunity to pitch on boards from Agencies and Brands all in the hopes they would like my take on their brief and award me to Direct.
I've been very fortunate to have directed some great campaigns and spots over the years, but what is a shame is all the wonderful work that goes into some of the pitches that never get chosen. So here is one from several years ago I wanted to take out of the archives and share.
I co-pitched this with my then-directing partner Alex Maxwell and the many great Mill artists and illustrators who helped us assemble the art in this deck. I just loved it so much I'm still gutted we never got the award. I saw the final, and all I can say is we should have got the award. :-) 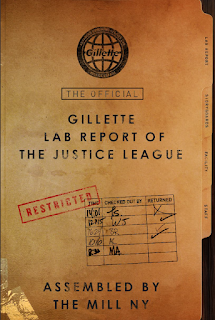 The brief came from Agency for their client Gillette. The concept was a Gillette top-secret research facility where their engineers worked out how to give the closest shaves to the Justice League. ( How do you shave the Man of Steel?, How can you be fast enough to shave The Flash?, Can Aquaman shave underwater? )


We decided to build a themed presentation around a top-secret file, that had all the information around Gillette's advanced razor technology. 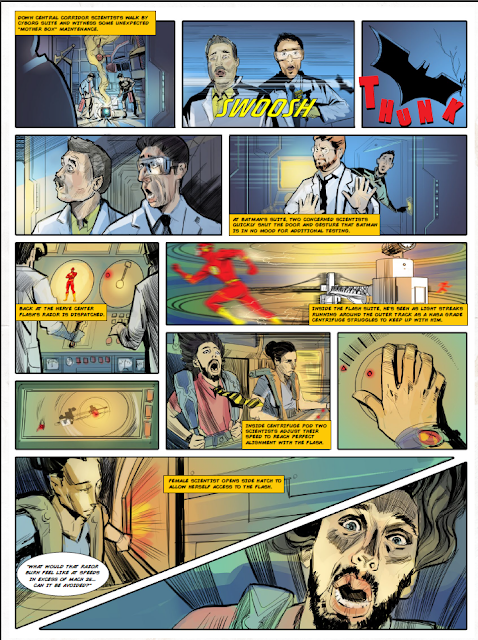 One of the fun ideas to leverage the IP was to storyboard the entire script as we saw it as a comic!  We worked with a comic book illustrator who helped us turn our boards into a real comic!
Here is an example but you can see the full comic below.

There were tons of reference pulled, both from films we liked, as well as actual Location scouts!  We found some incredible spaces in Eastern Europe that looked perfect for the part!!  All said, we wanted that retro-future Nasa-mission control vibe.  Advanced technology that married well with the Justice League aesthetic. 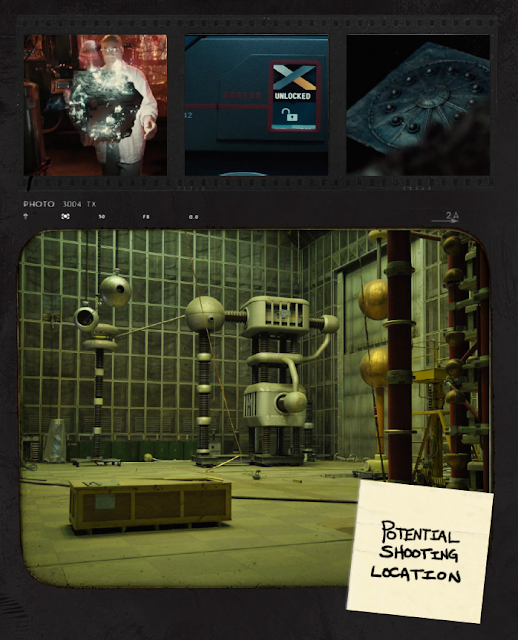 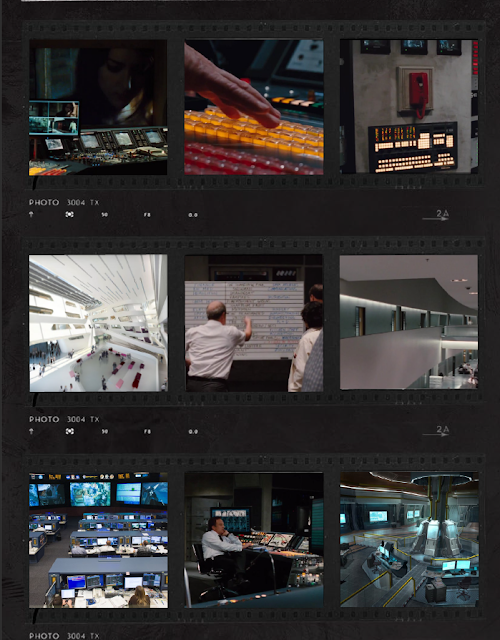 We designed spaces for the sequences based on what we found during the location scouting. Seen here is a cyclotron for the Flash.  He would run around a banked track and the cyclotron would spin around with scientists inside, who then would test out the razors at high speed. Comedy gold! 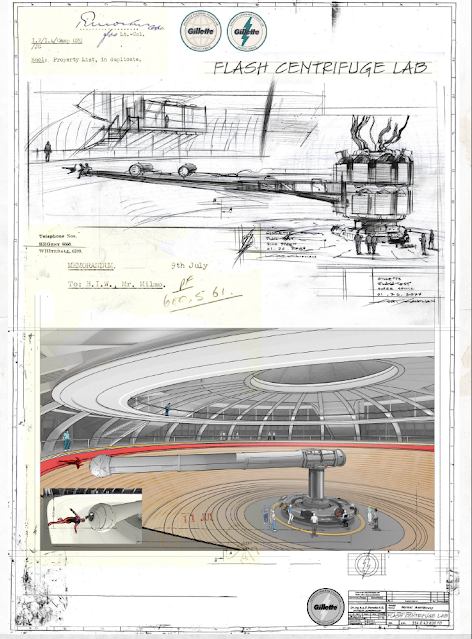 One of my favorite locations was for the Aquaman shave sequence.  We thought it was be fun to have Atlanteans using the facility as a Spa.  The scientists are trying to test razors underwater, and all the Atlanteans want to do is relax and chill in the custom spa. 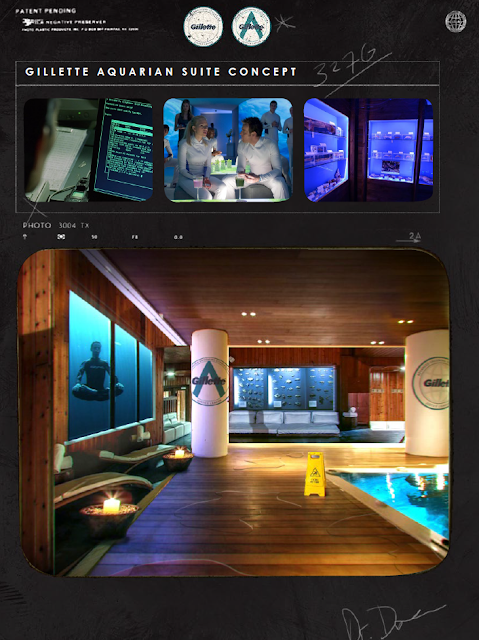 There also were some really fun wardrobe and costume designs pitched! 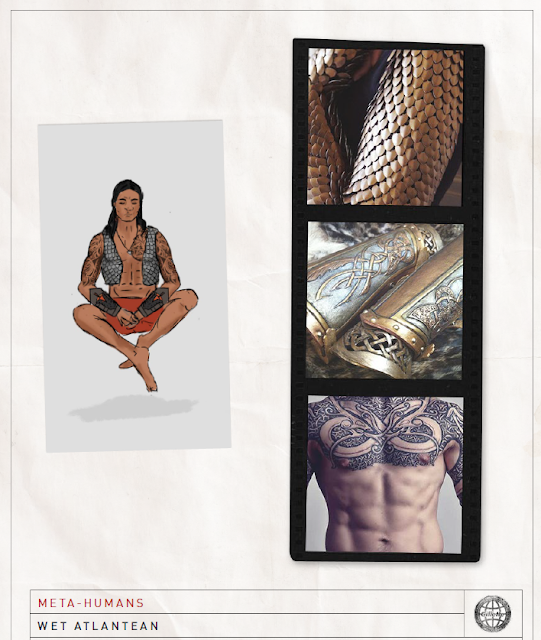 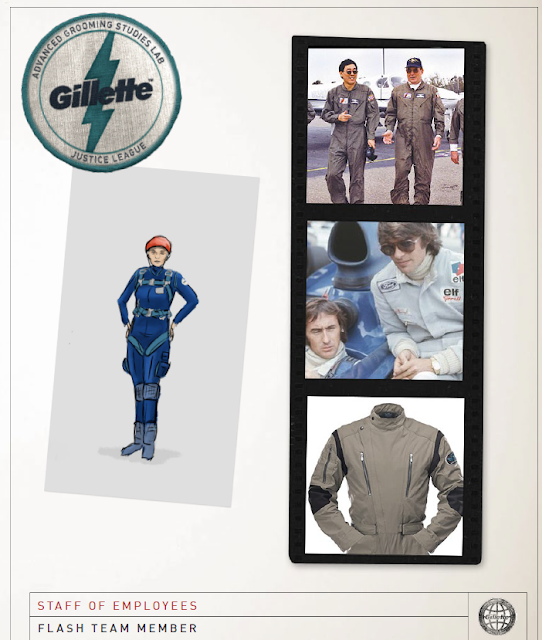 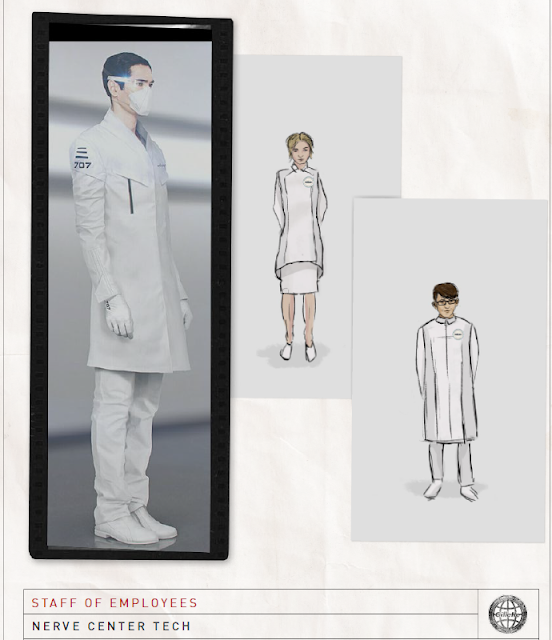 I really enjoy the writing and concepting for projects, especially when you have an inspiring brief!  I think about this pitch every so often and how much fun it would have been to Produce.  But that's how it goes, spill your blood, sweat, and tears into something and it never gets selected.
Here is the full pitch deck below.  It was certainly fun to be a part of the Justice League world, even for a little bit.